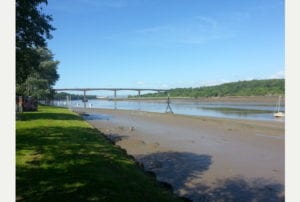 NEW rules which could lead to the “demise” of drift netting on the River Torridge have been delayed after an intervention from fishermen backed by Torridge District Council.

According to the association the ban is necessary to regularise and balance recreational fishing and commercial fishing.

Local fishermen believe fish stocks are in good health and if the ban goes ahead they warn it could spell the end of fishing on the river.

Many local fishermen rely on drift netting and the essential income generated in the winter months when severe weather may prevent them from setting out to sea and attempting to cross the treacherous Bideford Bar.

On Thursday, June 16, fishermen and councillors spoke to the association and as a result it chose to extend what was a four week consultation on the issue to eight weeks.

Councillor Philip Hackett said: “I very much welcome the committee’s decision to extend the formal consultation period for the imposition of this unwarranted and unnecessary bylaw.

“I strongly urge all sections of the community, not only the fishermen, to make their views felt as the bylaw will have detrimental social and economic implications within the Torridge area beyond the estuary itself.”

The fishermen also point out that the practice is a right of passage for young fisherman entering the industry who move on to drift netting from rod and line before they might consider investing in their own trawler costing in excess of £200K.