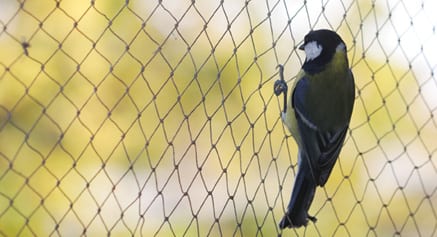 Pecking furiously at the hands of volunteers, a female red-wing blackbird struggled against her captors in June. They meant well, though, seeking only to understand her and the other birds that rely on the Oxbow Preserve.

Riparian habitat, such as the 38-acre preserve along the Animas River, is rare in Colorado and home to the most diverse and numerous species, said Brian Magee, a biologist with Colorado Parks and Wildlife. To understand the populations and habits of birds using the preserve, the state agency and the city of Durango are funding a Monitoring Avian Productivity and Survivorship study, now in its the third year.

Last summer, 76 bird species were spotted in Oxbow, and the researchers caught about 300 birds. Researchers are hoping to see similar counts, but so far the daily numbers have been a bit lower, said Lynn Wickersham, an owner of Animas Biological Studies, which is running the study. However, it is too soon to draw any conclusions from the data.

On a handful of nice days during the summer, Wickersham leads research in Oxbow starting shortly after dawn until midday.

The group does not try to draw birds to the nets or interfere in any way that might inflate the numbers, she said.

While the birds can sometimes see the nets and avoid them, the fine mesh does catch the unwary.

After freeing birds from the nets, researchers examine their feathers and other markers to determine their age and gender. The group also weighs birds by placing them carefully head first into a plastic pipe.

The work helps volunteers focus on details that are difficult or impossible to see from a distance, said Becky Gillette, a former National Audubon Society employee.

“You learn so much more when they are in your hand,” she said.

They are also banded with a unique number for a national database. This allows researchers to track the bird if they are captured again at one of the 500 locations where these studies are done.

“We start to be able to tell stories of individuals,” Magee said.

This year, 21 birds banded in Oxbow have been recaptured there.

The study is somewhat limited because researchers cannot capture birds of prey, water foul or birds that live high in the canopy.

But they record all the birds they see and hear for the study.

To protect birds and other animals living in the preserve, the Durango City Council voted in early May to close the interior of the preserve and require visitors to stay on the perimeter trail. At the same time, the council banned dogs and bikes from the preserve.

The board believes the measures will protect the wildlife over time, said Councilor Sweetie Marbury.

“Once any damage occurs, it’s very hard to make it right. The City Council was trying to be very cautious,” she said.

While dogs may not kill song birds, they can flush out ground-nesting birds, Wickersham said.

“It’s a really important thing to preserve wildlife use in not having dogs. … All dogs have predatory instincts,” Magee said.

Signs with the preserve’s rules were posted last week, but visitors will largely be on the honor system to obey them and stay on the trail because the city does not plan to install a fence around the park. The area floods often, and a fence would likely be damaged or washed away.

Marbury expects residents to be responsible and respect rules.

“It’s a called a preserve, and there’s a reason to protect the wildlife and give them a chance to rest,” Marbury said.