Circle Line services were out of action after pigeon netting used to prevent pigeons nestling on the tracks collapsed at High Street Kensington at around 4.25pm.

A train in front of the netting, and the entire station, was evacuated.

One enraged user tweeted: “It is absurd that some obstruction whatever it may be is causing an entire line to go down!”

A Transfort for London (TFL) spokesman said that services were slowly making a recovery after the track was reopened at 5.12pm.

The spokesman told the Daily Star Online: “It was some netting that fell from the roof of the station and on to the tracks and I think it was as a train was approaching.

“Obviously we can’t have trains running on netting. 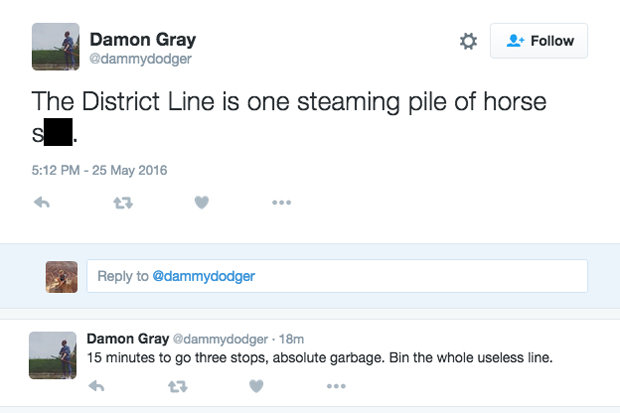 “High Street Kensington has reopened as of 5.12pm so trains are running through the stations without any problems.”

As of 5.35pm, there are still severe delays between Earls Court station and Edgware Road on the District Line.

There are minor delays on the remainder of the District Line.

There is still severe delays on the Circle Line.

The spokesman added: “There were no injuries to passengers and staff.”