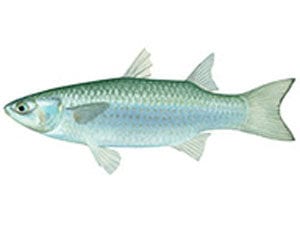 A temporary peace has been declared in a row over the netting of spring salmon on the estuary of the River Tweed. Michael Hindhaugh, who runs the River Tweed Wild Salmon Company, has bowed to pressure from the River Tweed Commission (RTC) and halted operations at the Gardo netting station at Berwick-upon-Tweed, where fewer than 30 fish have been caught by nets during May. The social enterprise company, set up last year, incurred the wrath of the RTC by starting net fishing on May 13. The RTC say this is in contravention of a long-established voluntary code that no netting should take place until after June 15 to ensure spring salmon are not killed and can safely return to the river before spawning in the autumn. Andrew Douglas Home, a former chairman of the RTC, acknowledged that netting from April 1 was “technically legal” adding on his Tweedbeats website: “It is also technically legal for all rod beats to kill salmon after April 1, but of course they do not because everyone knows this is a precious and endangered stock which cannot sustain harvesting.” Nick Yonge, clerk to the RTC and managing director of the Tweed Foundation, said: “The RTC is extremely concerned about the decision to start killing spring salmon and we have urged him to desist.” Mr Hindhaugh stressed that his company had done nothing illegal and had taken advice from the Scottish Government but said: “As a gesture of reciprocal goodwill towards the RTC, the River Tweed Wild Salmon Fishing Company will stop fishing and put its legal right to kill salmon on hold until June 16, 2016.”