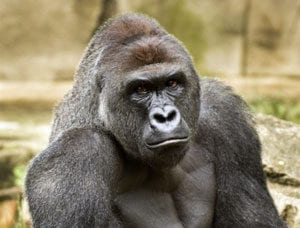 The Cincinnati Zoo said Thursday it will re-open its gorilla exhibit next week with a higher, reinforced barrier after a 3-year-old boy got into the enclosure, leading to the fatal shooting of a male gorilla.

Zoo spokeswoman Michelle Curley said the outer barrier will now be 42 inches high — a half foot taller than before — with solid wood beams on top and at the bottom, plus knotted rope netting at the bottom.

The zoo said there had been no earlier breaches in Gorilla World’s 38-year history and that the previous barrier had passed multiple inspections by the Association of Zoos and Aquariums, which accredits zoos.

“Our exhibit goes above and beyond standard safety requirements, but in light of what happened, we have modified the outer public barrier to make entry even more difficult,” zoo director Thane Maynard said in a statement.

Meanwhile, a prosecutor was reviewing the police investigation into the parents of the boy, who fell some 15 feet Saturday into a shallow moat after apparently climbing over the barrier. A special response team shot and killed a gorilla, 17-year-old Harambe, after concluding the boy’s life was at stake.

Friday is “the earliest” Hamilton County Prosecutor Joe Deters will make a decision on charges, spokesman Triffin Callos said. Legal experts have told The Associated Press that a prosecution in the case seems unlikely.

A Cincinnati police report identifies the boy’s mother as Michelle Gregg, 32, who works at a preschool near Cincinnati. The child’s father isn’t named in the report, and it’s not clear whether he was at the zoo Saturday.

The boy’s family has said he is doing well at home after being treated at a hospital Saturday evening. Police said he had scrapes on his head and knee.

“The child was alert and talking,” the police report stated.

University of Dayton law professor Lori Shaw said child endangering cases are complicated and fact-specific. She said Ohio law requires that the defendant be found “reckless” and to have exposed a child to “substantial risk,” or a strong possibility of harm.

Police released 911 tapes on Wednesday highlighting the confusion and panic in the moments when the boy plunged into the gorilla exhibit.

“He’s dragging my son! I can’t watch this!” a woman says in the 911 call on Saturday. As she pleads for help, she shouts at her son repeatedly: “Be calm!”

A record of police calls shows nine minutes passed between the first emergency call about the boy falling into the enclosure and when the child was safe.

The police report states that witnesses said the gorilla initially appeared to be protecting the child, but after onlookers began screaming, he became “agitated and scared” and began dragging the child.

The boy’s family has expressed gratitude to the zoo for protecting his life.

Over the last fifty years, our technology, applications, and materials have become more complex, but our business philosophy remains simple. Treat employees and customers – right. We do. And we’ll do it for you.